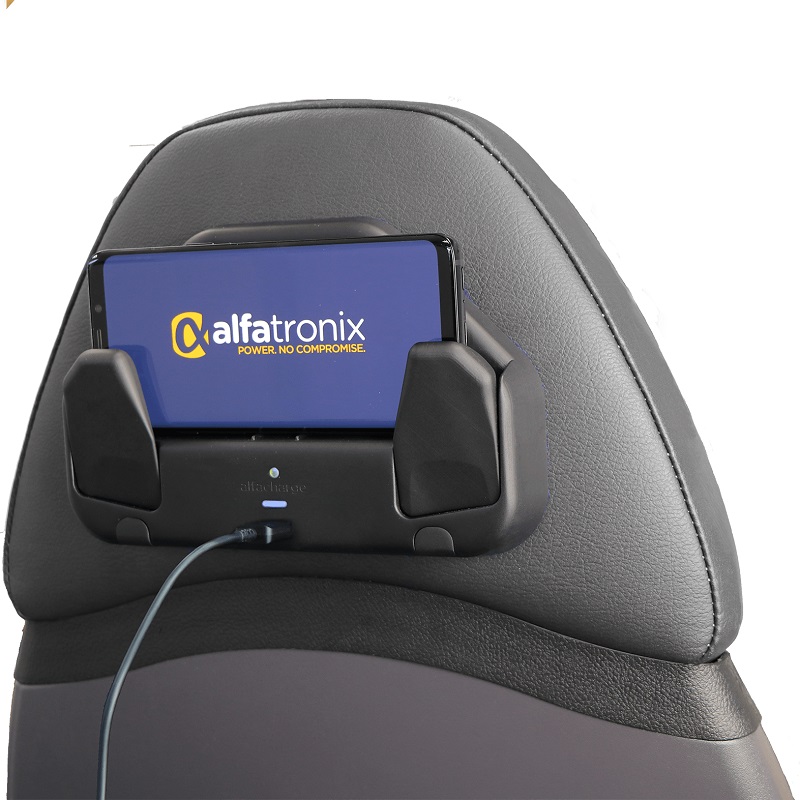 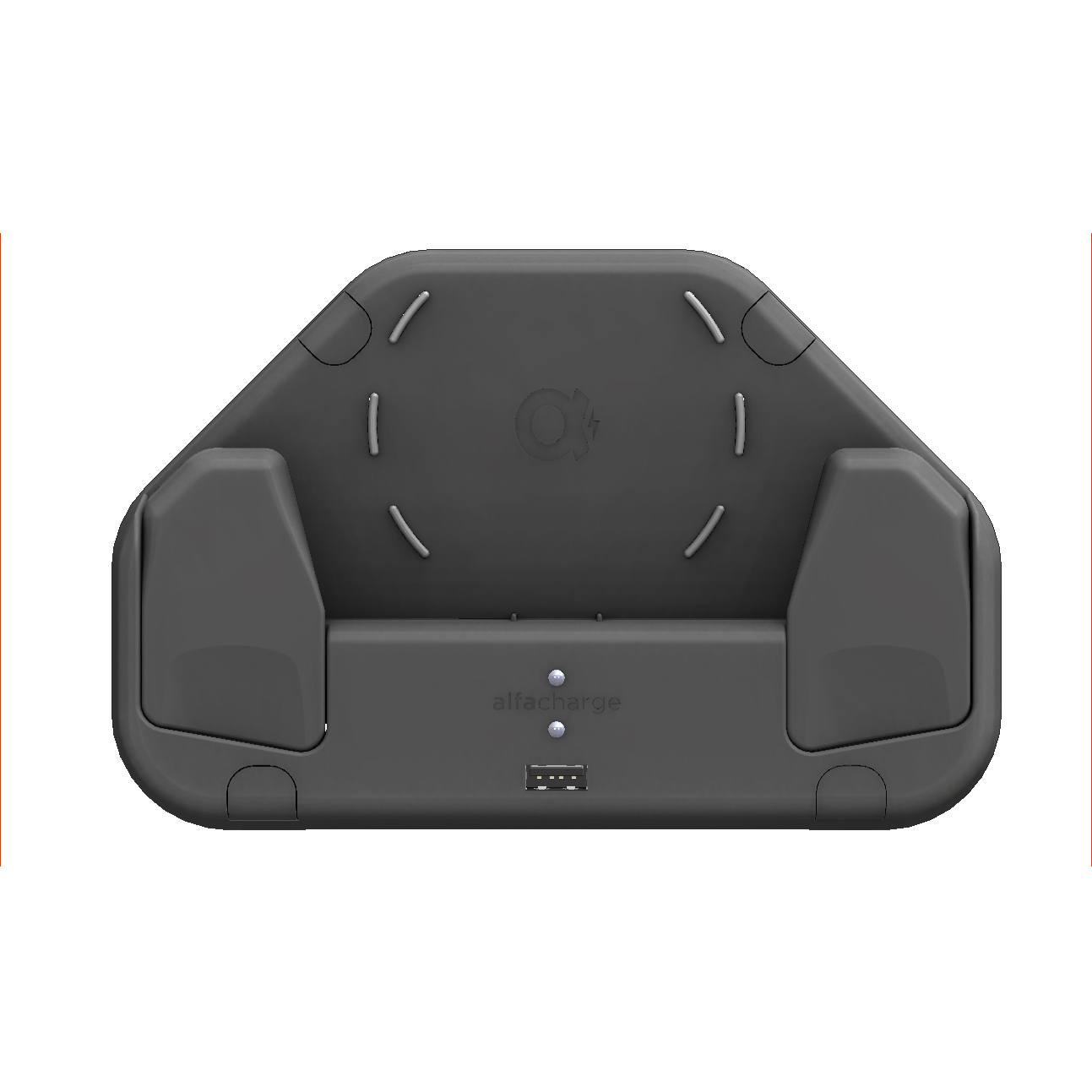 Wireless charging is increasingly becoming the preferred method of maintaining battery power in mobile devices, with most of the latest designs from the major manufacturers including wireless charging as standard.

The AL2 series Podsole has been elegantly designed to allow passengers to charge both wireless and USB charging devices on the move. The two retaining clips and non-slip buttons secure the device into place permitting the wireless charging of all wireless enabled smart devices, while the USB connector can charge another device like a phone / tablet simultaneously.

The Podsole is totally versatile and can be connected to both 12Vdc and 24Vdc electrical systems without adjustment. It has also been designed for both OEM and retrofit applications and can be mounted to any seat back using 4 screws which are hidden behind tamperproof covers. Due to the durable polyurethane compound encompassing the electronic components, comprehensive protection is provided against dust and liquid ingress to IP65.

The advanced electronic design will detect the charge status of the device and alter the charging process accordingly. This ensures that whatever device is connected, be it Apple, Android, iPad, phone or tablet, it will always be charged as fully as time and capacity allow. Two LEDs indicate the chargers are operational. 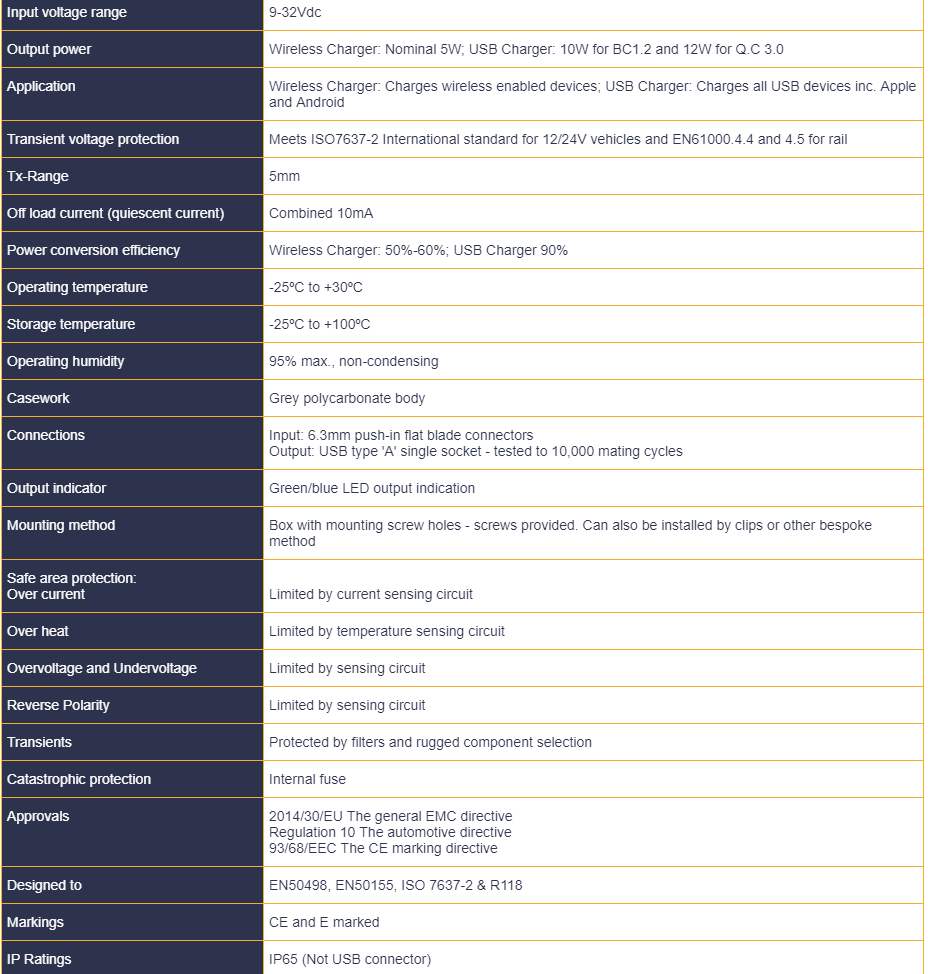